The concept of homes has been around for ages. People from all over the world have been embracing the culture of living in different types of houses.

As the years go by, people continue redefining the concept of homes and what it means.

However, one thing remains clear- home is where the heart is, regardless of its location or material used to build it.

Continue reading to learn more about the different types of homes around the world. 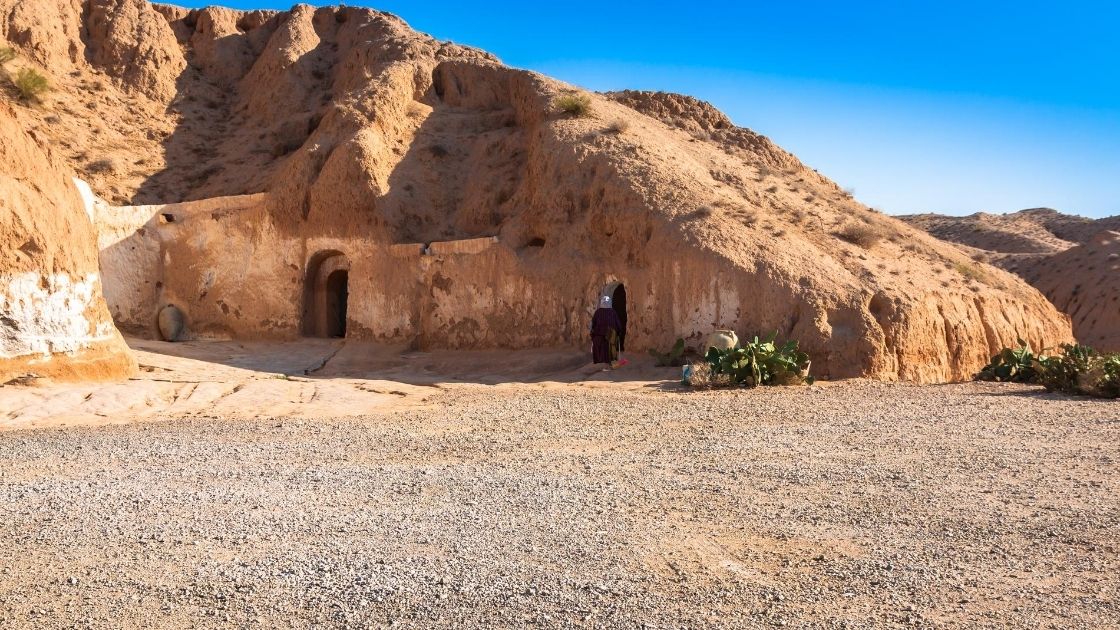 Cave homes are synonymous with Matmata in Tunisia. These homes are like no other, unique in every way. The ancient shelters have a unique design involving structures that have been carved out of sandstone to ensure that the occupants are comfortable in them all through the year, regardless of the surrounding conditions. Furthermore, the caves are situated around a central pit and there is a network of passageways to connect the central pit with other rooms.

Cave homes are very instrumental in sheltering people against the harsh desert winds and the scorching North African sun. However, people have transformed most of these cave homes into cave hotels. That is why they now attract many tourists from all over the world.

Round Homes – Lesotho and South Africa 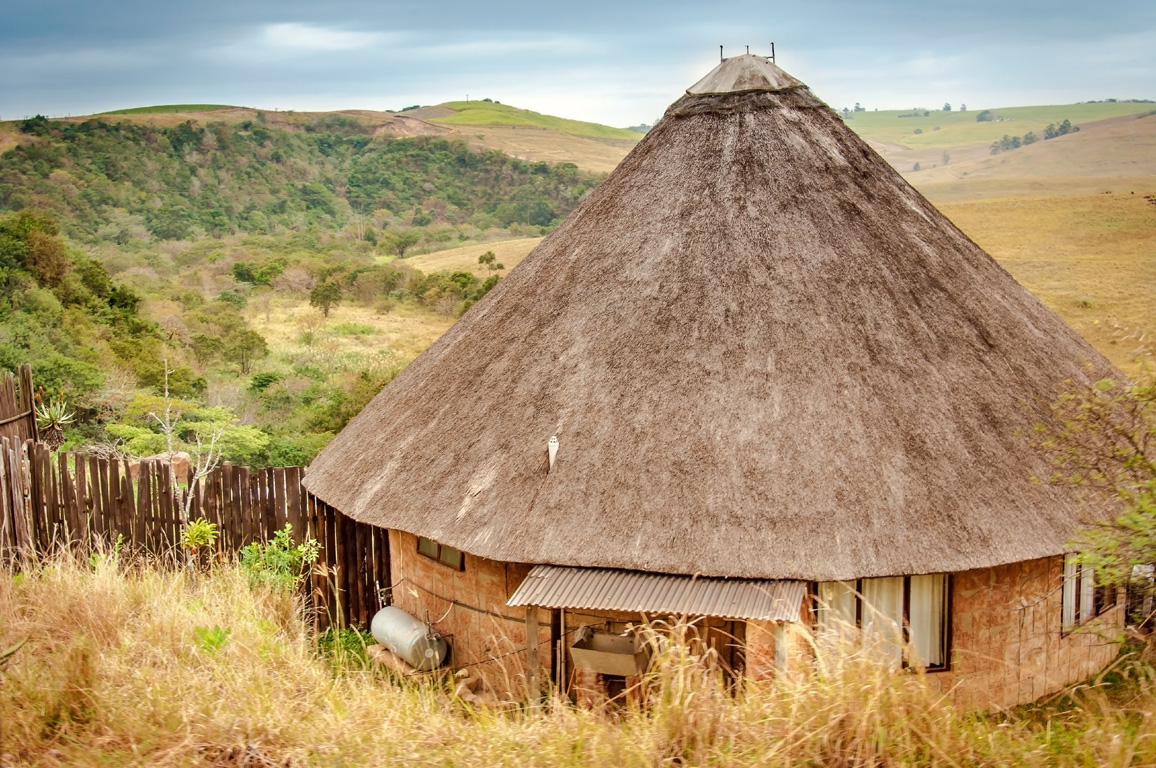 Round homes, otherwise known as rondawels, are very common house structures in Lesotho and South Africa. These buildings are characterised by single-cell, round huts, which are very simple to construct. This is because the raw materials for the construction of these simple structures are readily available.

In the past, much like igloos, these house structures were traditionally used as hunting lodgings. However, they would use them only temporarily. Currently, a lot of people are interested in buying such homes to not only achieve space savings but also save on energy. 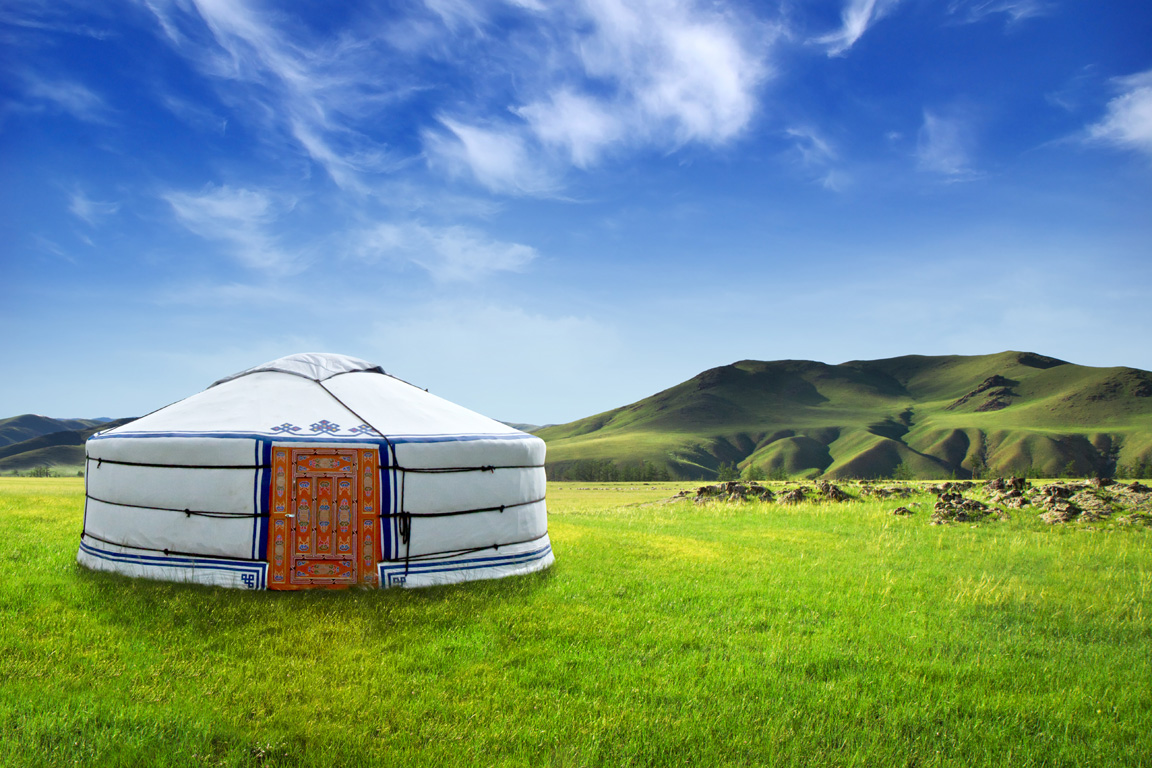 A yurt is a pretty interesting home concept that was common with the Central Asian nomads for many years. Essentially, these are portable tents constructed using animal skins. Although these housing structures were initially temporary, access to modern materials and contemporary construction methods has made people start putting up yurts as permanent housing structures.

Related: What is a yurt? 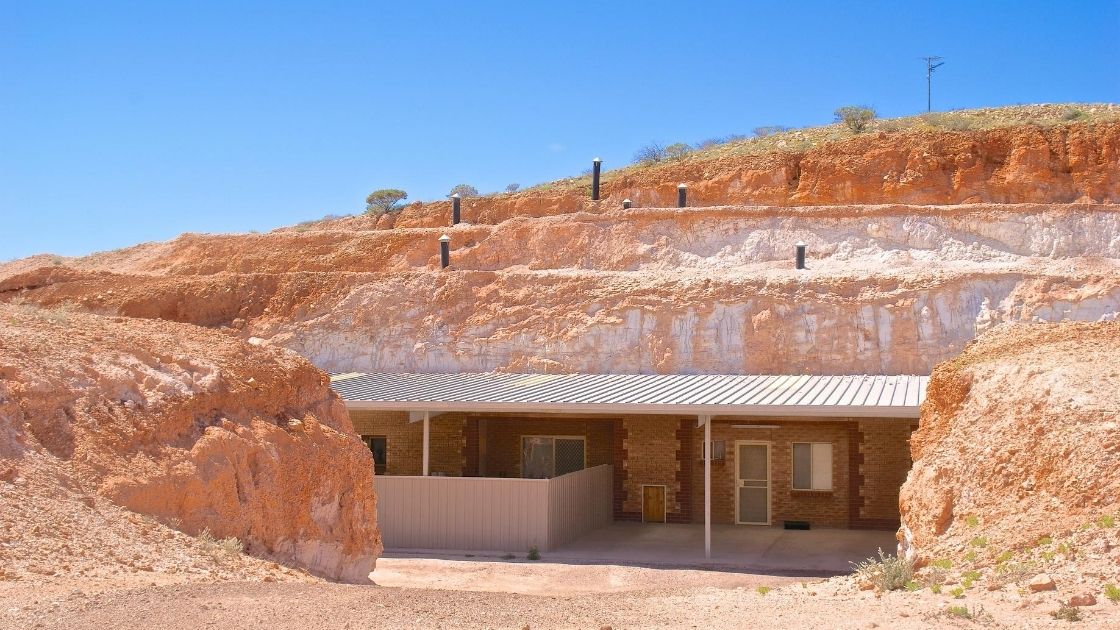 Coober Pedy is a renowned Australian town, popular for being the opal capital of the world and for its dugouts as well. These dugouts are pretty special shelters built under the surface of the earth. They are important structures for protecting the locals of Coober Pedy from the heat of the summer temperatures, which can go as high as 13 degrees Fahrenheit. Furthermore, the area is also notorious for occasional dust storms. This is why almost half of the people residing in this Australian town, even churches museums have adopted living underground.

Igloos are skilfully constructed shelters in the Baffin Island of Canada by outdoor enthusiasts to act as temporary structures. They are carved out of compressed and insulating snow to create ice dwellings to keep the occupants of the igloos warm from the harsh winds. The dwellers have to light a fire to keep the interior warm.

However, igloos are not as prevalent as they were some time back. Nonetheless, people have taken steps to ensure that igloos remain connected to the Inuit history and culture of the Canadian island and other snowy locations in North America.

Today, tourists can rent igloos to sleep in, or stay in an ice hotel. Locations include Canada, Sweden, Finland, Norway, Austria and Romania.

Honai is a term given to the traditional housing structures among the people of the mountainous community living in central Papua, Indonesia. The rounded temporary structure is hand-built from wooden planks, the interior is finished from woven bamboo to act as insulation and the roofs are thatched from palm leaves. An average Honai home measures about 4 to 6 metres in diameter and heights of 5 to 7 metres. Although this may seem quite small, they host about 5 to 10 people at once. 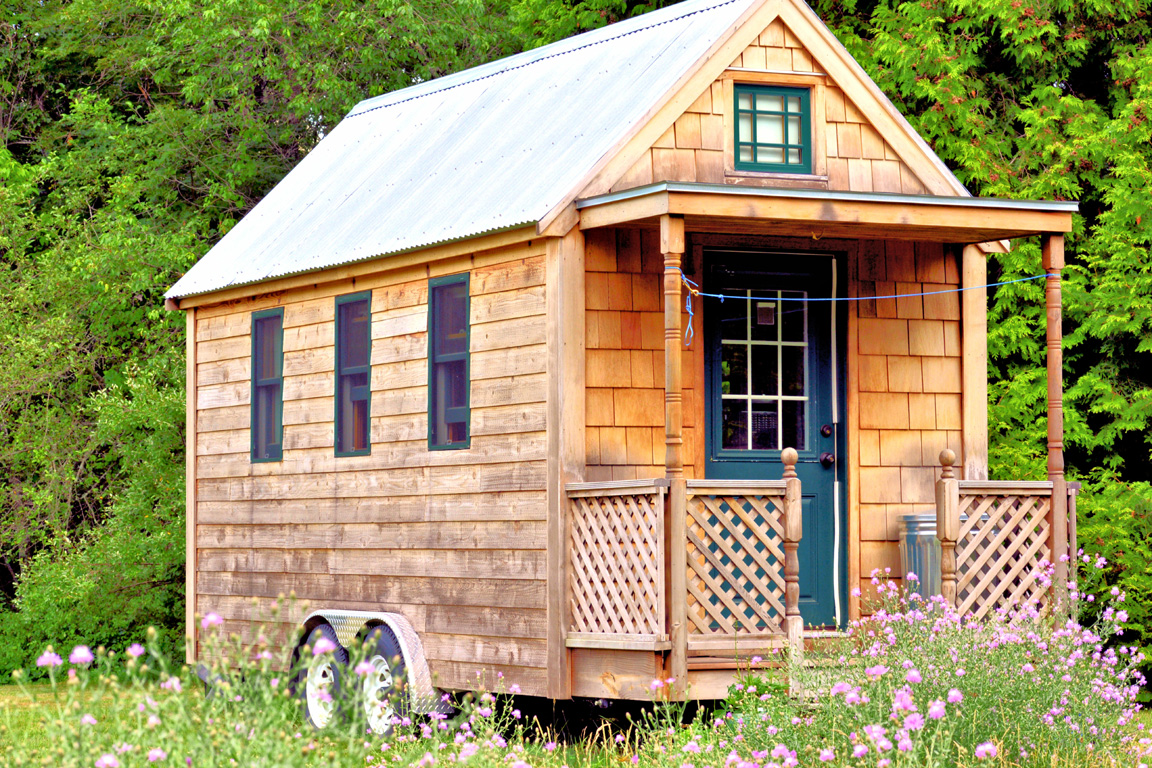 The rising cost of living is forcing a lot of homeowners to opt for less spacious homes. It means people are increasingly choosing to forego living in standard-sized houses opting for smaller alternatives. There has been an increased number of communities in the US, especially Portland, Oregon, choosing to adopt the tiny homes lifestyle.

Most homeowners are opting for these less spacious alternatives because they are easy to put up and relatively affordable. Therefore, they are perfect for homeowners looking to downsize to tiny houses.

Related: What is the tiny house movement? – Tiny House Communities 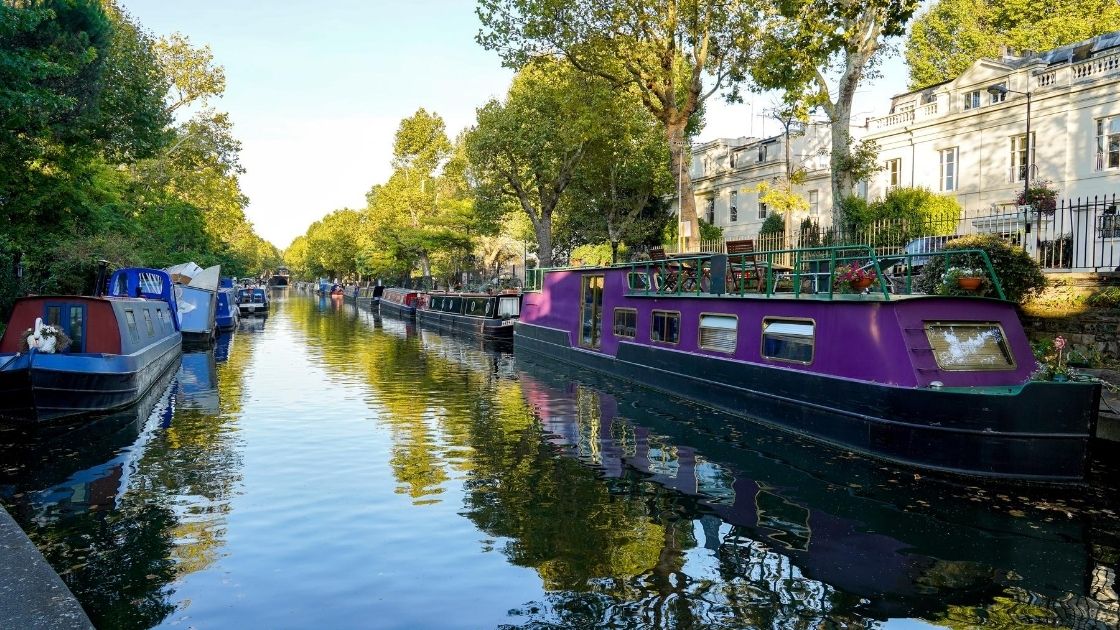 Although a lot of people in London fancy living on land, like the rest of the world, there are a few Londoners who opt to reside in their houseboats. Most of these barge boasts are common on the Regent’s Canal. The canal is a pretty ling waterway, spanning approximately 9 miles of London.

Canal boats are seemingly cheaper housing alternatives as compared to the standard housing rates of London. Therefore, more people are slowly adopting this living lifestyle as they work in the city.

Canal boating holidays are popular in the UK with the Norfolk Broads a top choice.

Amsterdam is another well known location for living on a boat, as well as hiring one for a vacation. 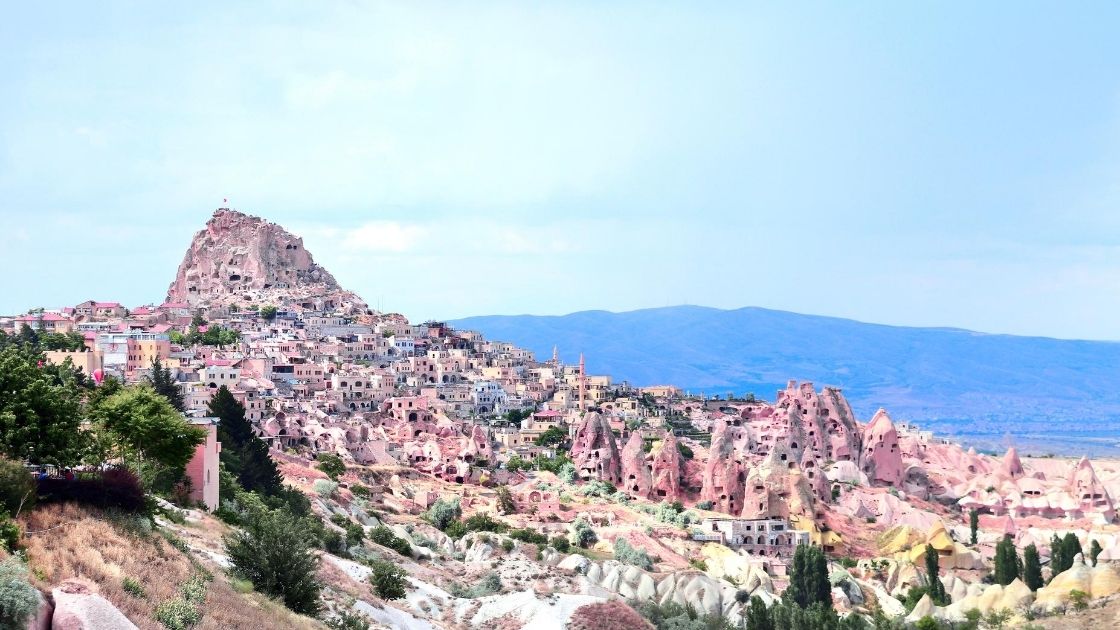 These are unique housing structures located in Cappadocia, Central Turkey. The house structures are designed using rock-cut architecture and can be anything from monasteries, churches, living and even working spaces. They are carved out of soft tuff landscapes to create homes and other dwellings that are interconnected by a network of the branched tunnel system.

In most cases, the entrances are open or sometimes made from tough vertical cliff-faces. People used simple footholds and hand tools to carve out these amazing structures, mostly on cliff walls. 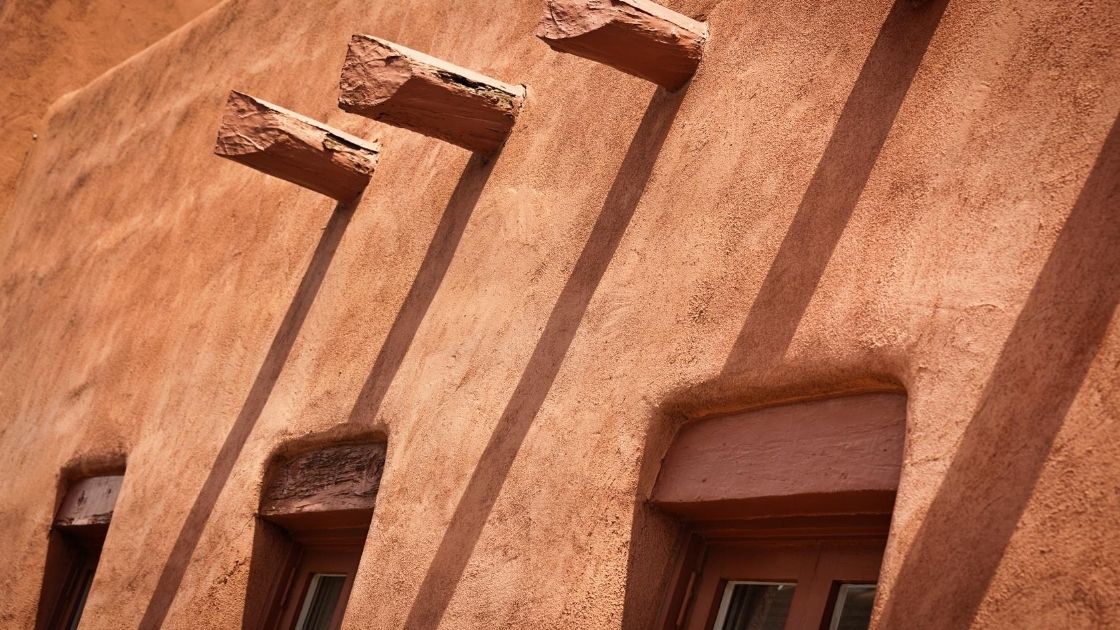 The Pueblo houses are characteristic homes for the Pueblo Indians residing in the southwestern regions of the United States. They are essentially multi-storeyed, attached and permanent houses modelled after cliff dwellings that were constructed by the ancient Pueblos of the Anasazi culture. During ancient times, Pueblos mostly used large adobe bricks or limestone blocks to build these houses.

However, in the early 21st century, the Pueblos started using modern construction materials together with adobe to come up with stronger and durable homes for themselves. 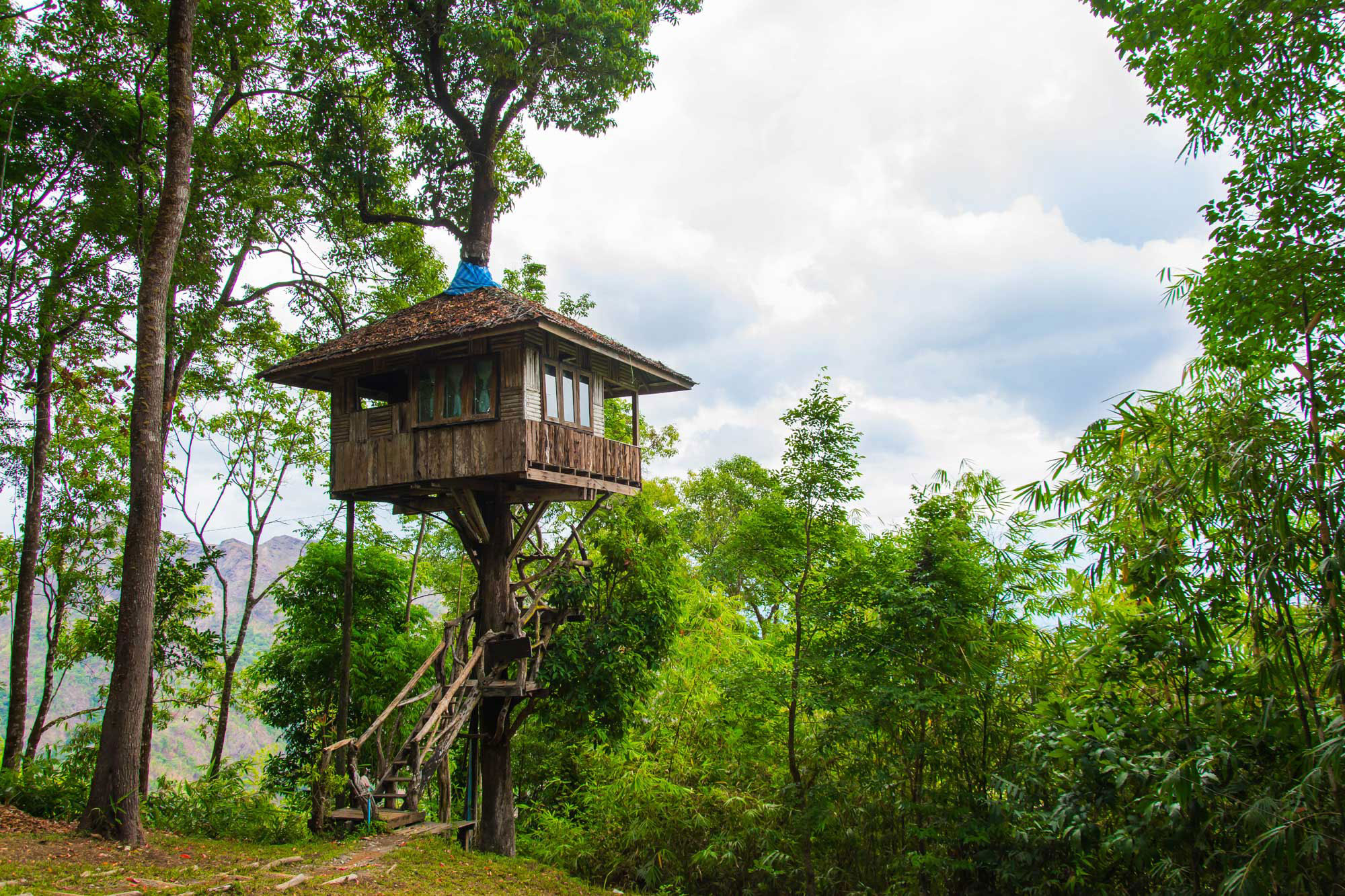 Traditionally, tree houses were small forts that homeowners built for children to play in. However, over the years, people have increasingly embraced the concept of tree houses and incorporating the amenities of a small home. Typically, they’re built on trees on large trunks and branches and they use struts and stilts to provide additional support.

The houses come in different sizes and designs ranging from rustic to luxury. Furthermore, the houses are exempt from some of the real estate properties standard regulations. Therefore, they may not necessarily need to comply with these standards. 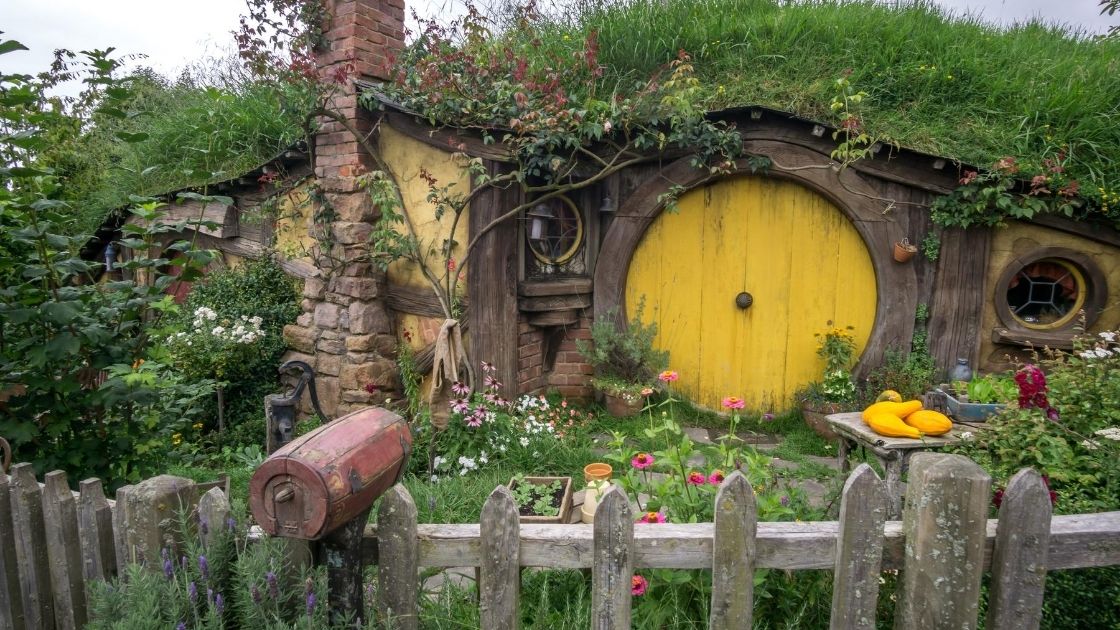 One look at these magical dwellings and you would believe for a moment you’re in The Shire. These houses are seemingly very cosy, eco-friendly, affordable and rustic. You will find these structures set in very stunning environments and often covered with grass. They offer amazing destinations for people looking for getaways and live the hobbit lifestyle out of The Shire. 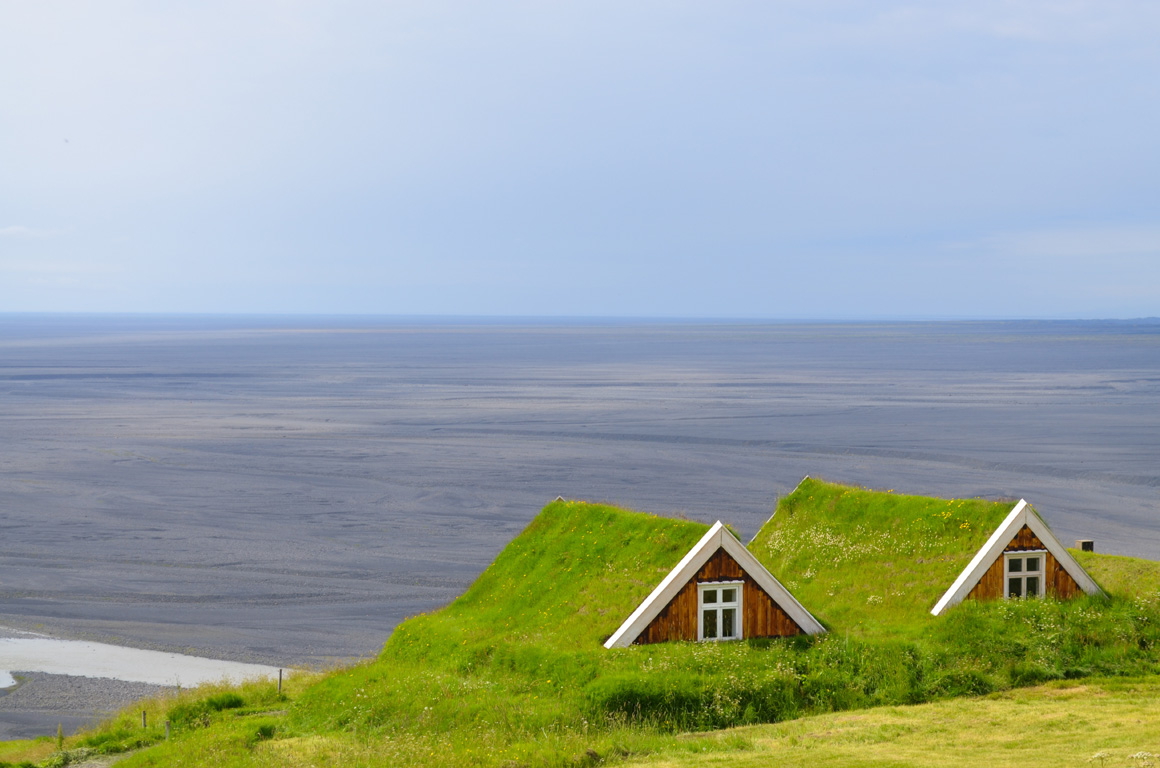 Iceland is characterised by tough climatic conditions, which is why turf houses are popular in Iceland. The houses offer superior insulation as compared to buildings made purely from stone or wood. Furthermore, it can be tedious obtaining sufficient quantities of construction materials in these parts.

A typical Icelandic turf house has a large foundation that comprises of flat stones and turf fitted all around the house but held in place by wooden frames. To make the turf more fashionable, they are fitted in a herringbone pattern, often with a second layer. 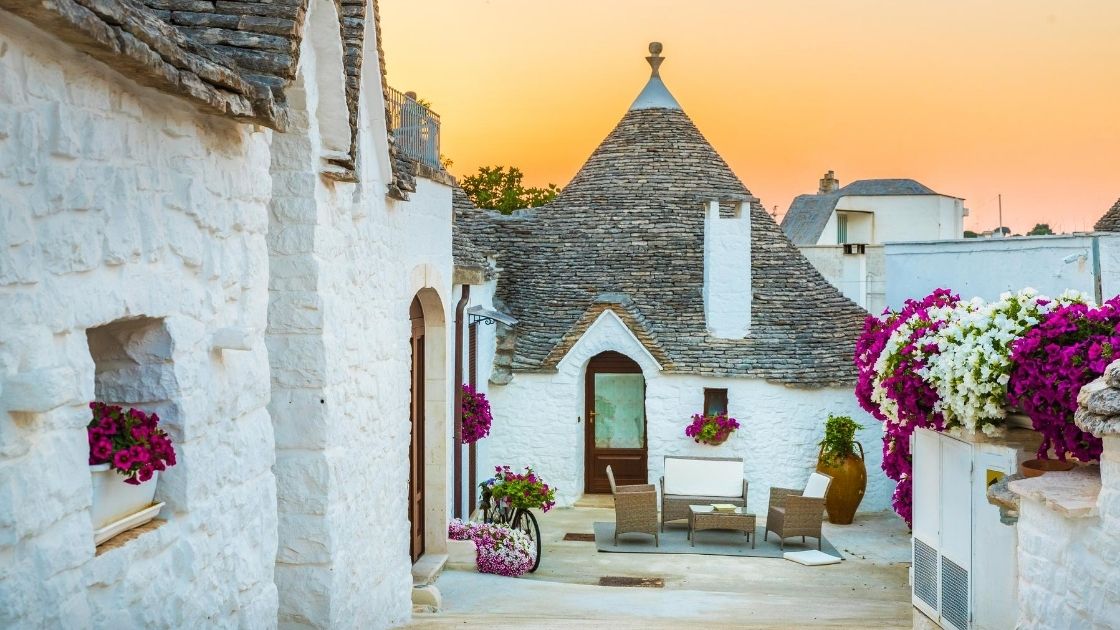 These are traditional Apulian huts made of stone and conical roofs. The houses are specific to this Italian region. Initially, Apulian people constructed these houses as temporary storehouses or field houses for agricultural labourers or small proprietors. That is why you will find this region has a dense concentration of Trulli houses. However, they were particularly popular in the 19th century.

The houses are made of thick walls and small stones, but they are adaptable and flexible, which is why they are suited for tight urban situations. The materials could depend on the location of houses but in most cases, it’s either calcareous tufa or limestone. However, you can find them built singly in rural regions. 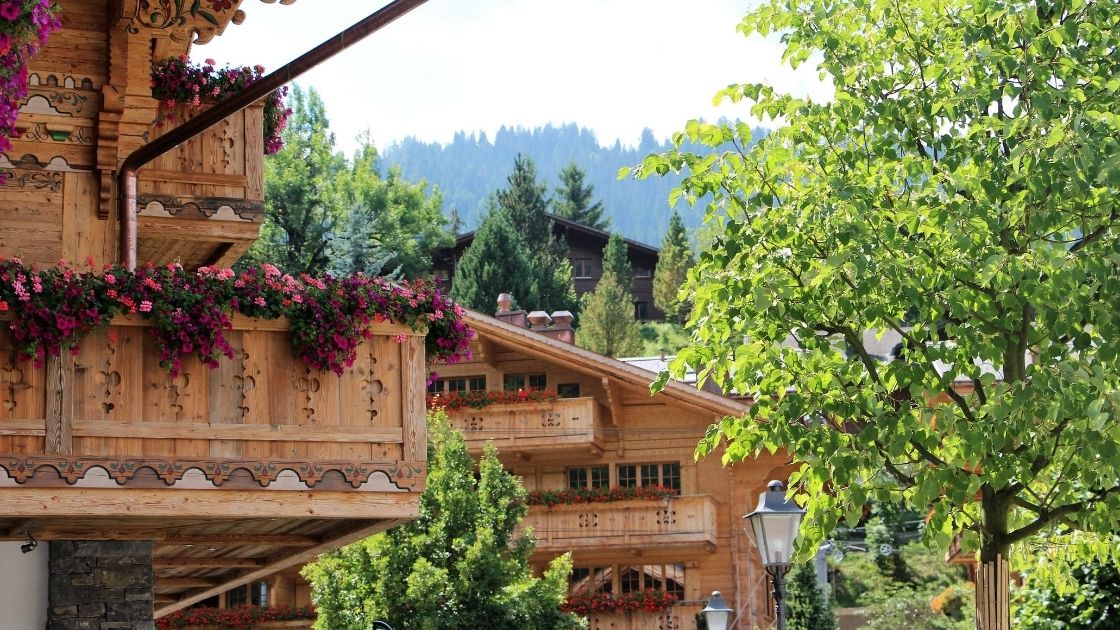 A chalet is a type of home that features a gently sloping roof that as wide eaves. They design the sloping eaves at a right angle to the front view of the house. They are traditionally made of wood and they were originally used for housing daily cattle, especially in the mountainous areas of the Swiss Alps.

Today, however, chalets are associated with luxury living and are mostly getaway destinations or holiday retreat resorts. They might or might not be built with the traditional design elements like the wide eaves and sloped roofs. 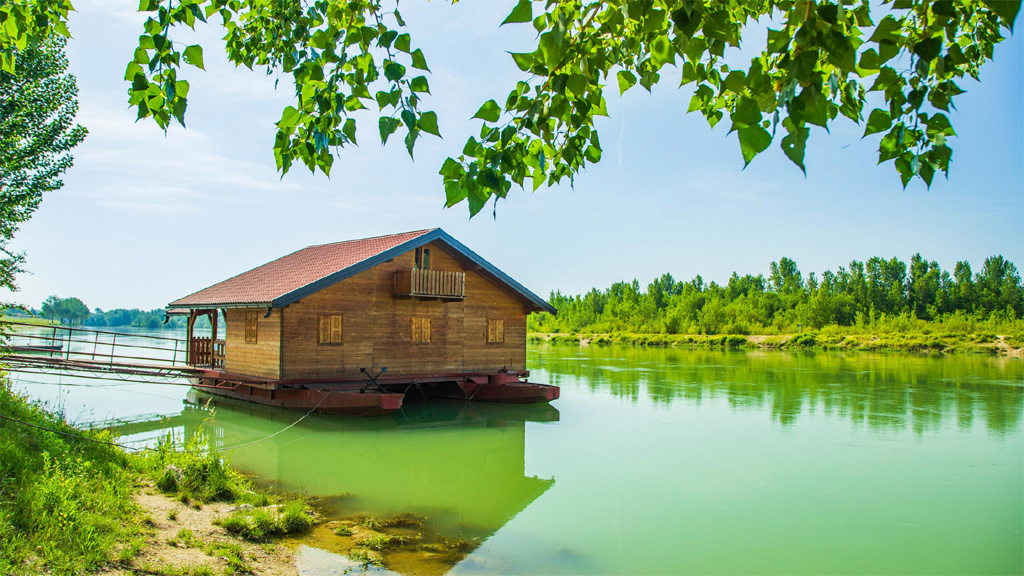 Floating cabins are found in different parts of the world. The houses are typically raised from the ground with sturdy wood pillars to give them a floating feel. They assume the shape of any other typical cabin but the only difference is that they are suspended in the air. They may be raised because of many reasons- it could be that the surrounding area is muddy or somewhere only accessible via boats. 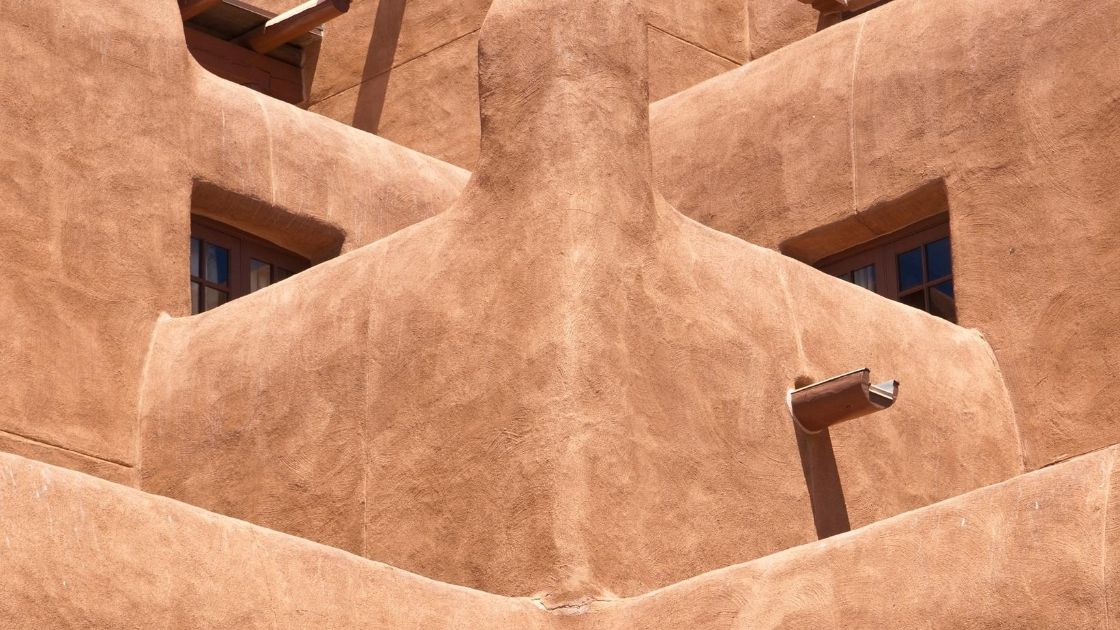 The most popular adobe house is the Acoma Pueblo. It is located on a mesa in New Mexico and remains a historic site. People have been living in these buildings for over 2,000 years. The upper storeys are accessible via ladders and they were built using adobe bricks in the 17 century. Currently, there are more than 300 similar structures in Acoma. 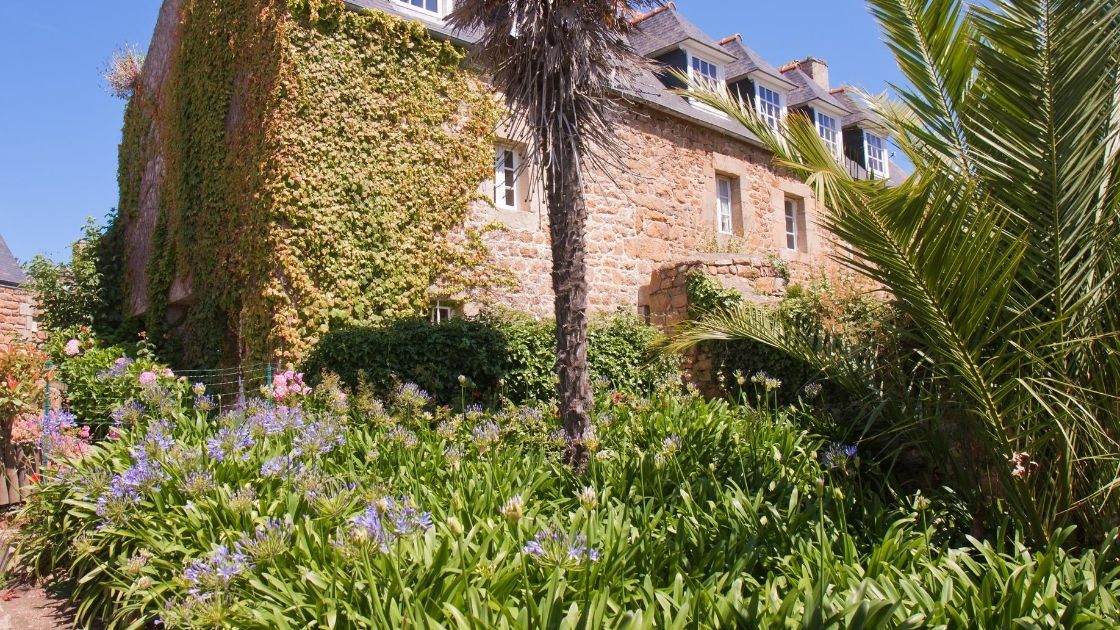 Although you can find stone cottages in different parts of the world, they originated from France. They are mostly built using limestone, commonly found in France. The house features a slate roof with posts and beams that give these houses a medieval feel. Furthermore, it can include all the amenities of any other house except that it has an open plan design. Therefore, the house tends to feel open since it has a connected space appeal. 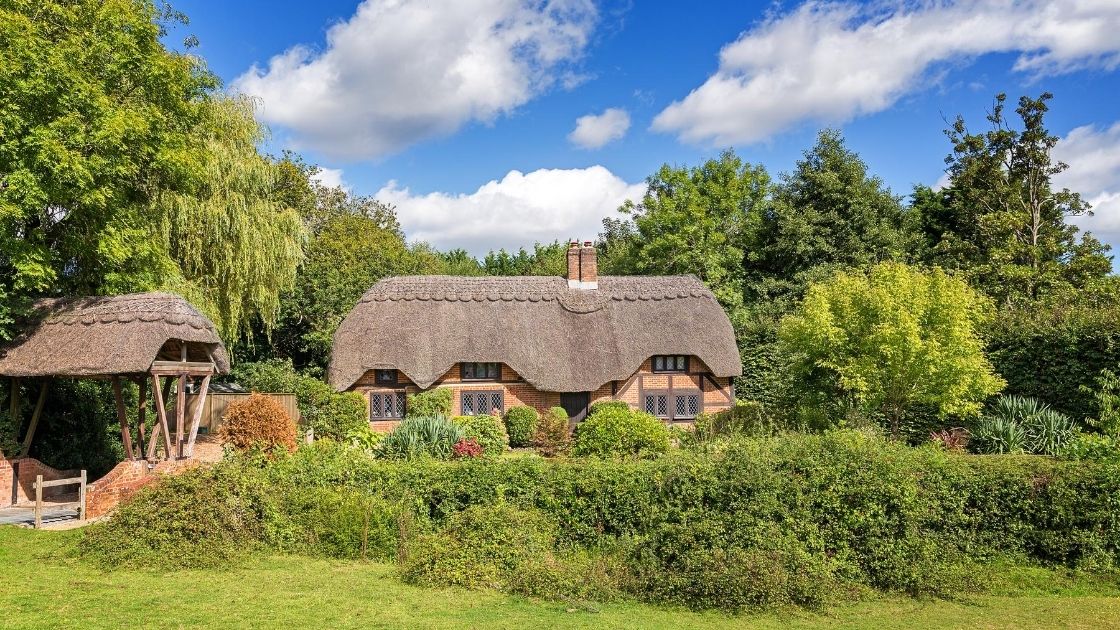 Many thatched cottages can be found in England and are popular in the countryside. The house is characterised by thatched roofs with reeds or straws. At some point, these houses were a hallmark of poverty associated with people that couldn’t afford slate or tiles.

However, these houses currently sell at premium prices because of their sheer appeal and are able to retain their popularity even in times of recession. 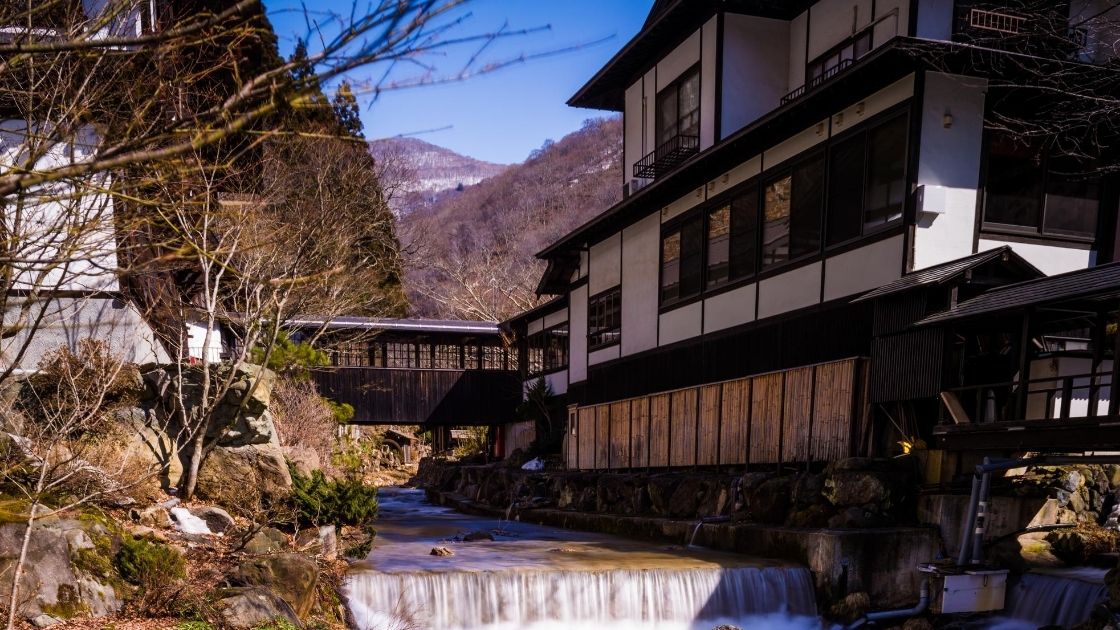 Ryokans are traditional Japanese inns featuring communal baths, tatami-matted rooms and many other public areas. They have been in existence since the 18th century. Today, they offer incredible accommodation options for Japanese travellers on the highways. Furthermore, they are rare and that is why they’re more expensive than conventional hotels.

You can mostly find them in the rural areas of Japan, with many of them having undergone redevelopment in recent years to boost their appeal to visitors. 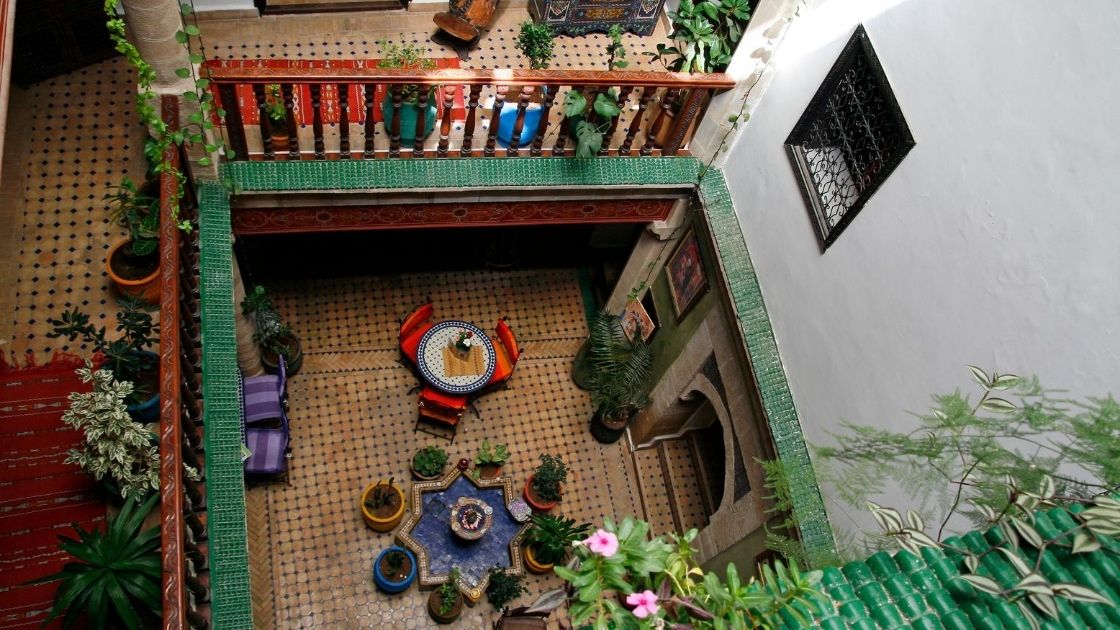 This is a traditional Moorish interior courtyard or garden associated with houses having a palace architecture. Today, the term riads are used by Moroccans to refer to guest houses or hotels with private rooms and shared common rooms, mostly in a traditional mansion that has been recently restored.

Want To Get In Touch?

If you have any questions, please get in touch.